skip to main | skip to sidebar

We got to go see our furiends at the Pug Posse house on Saturday night!  Their dad was celebrating his birthday and invited us and our pawrents to help him celebrate :)

I was enjoying the ride and just looking out the window. 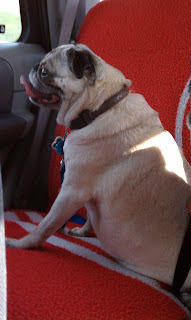 Brutus and I were trying to figure out how to get to the front seat and onto mom's lap. 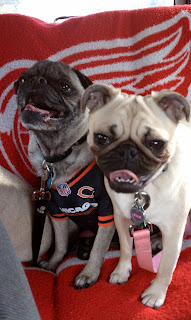 Brutus managed to get on dad's lap a couple of times during the night. 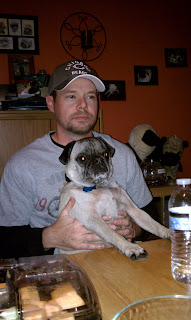 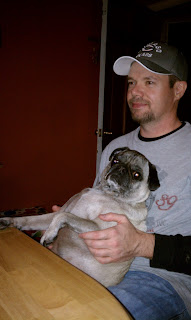 Ellie crashed... she doesn't look too happy in this picture, does she!! 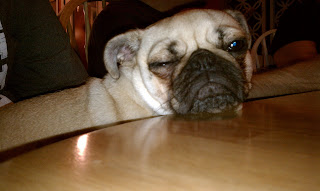 Some of the Pug Posse was passed out underneath the table. 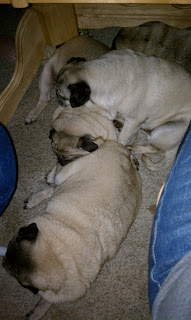 Mom didn't get any pictures of me while we were there.  After making my rounds and greeting everyone, I found a nice spot on the couch and just kicked backed and relaxed.

Later in the evening, we all went outside and marshmallows were roasted over the fire.  Too bad it started to rain not too long after this photo was taken. 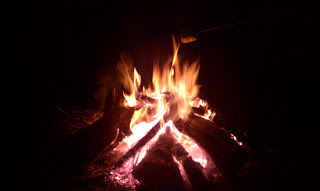 Before we knew it, it was time to go home.  Time flies when you are having fun with friends!!

We hope all of our furiends out there had a fun weekend too! 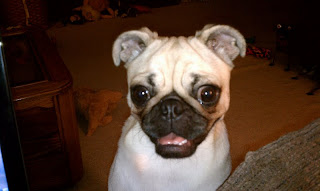 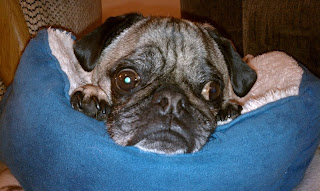 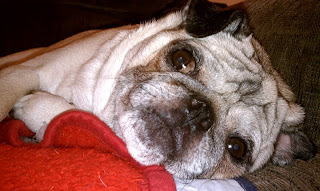 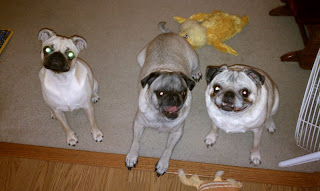 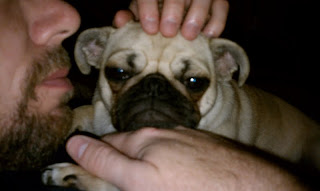 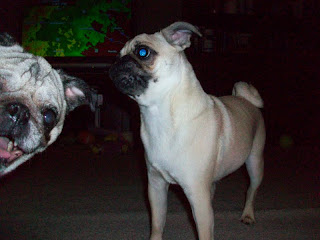 Ellie (with a photo bomb courtesy of Yoda) 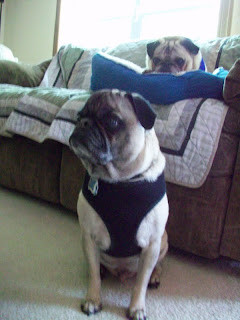 Brutus (Yoda's hanging out on the couch) 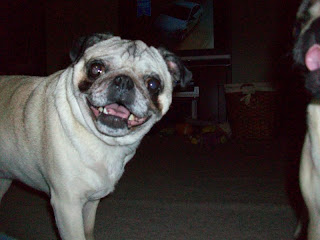 We would first like to thank everyone for voting for Ellie's picture.  We will find out next week if it won or not!  Anyway, Mom is going to take over our blog for today.

Mom here.  Has it been 10 years already?  It doesn't seem like that long ago that those planes hit the towers, the Pentagon and a field in Pennsylvania.  I can barely remember what I did last Tuesday, but I can tell you exactly where I was and what I was doing on that 11th day of September in 2001.

I was at work, just barely into the work day, when I got a call from M (Yoda, Brutus & Ellie's dad).  It was just before 9am.  He told me to turn on the radio or find a tv to watch.  He said that the news was reporting that a plane had hit one of the towers of the WTC in NY.  I quickly found a tv and we put it in a cube that wasn't being used and started watching the coverage.  I kept thinking of what a horrible accident this was - surely the pilot of the plane had lost control or had some sort of mechanical failure.  Those thoughts were quickly dashed, as we stood crowded around this little tv - we all saw it.  A second plane hit the other tower of the WTC.  It became clear that this was no accident - terror had hit home in the United States of America and things would never be the same.  My co-workers and I tried to get back to work in hopes of taking our minds off of this travesty.  Every now and then one of us would go over and watch more coverage.  I remember the anguish in the voice of a fellow employee as I heard her say that the first tower had fallen.  So many lives lost... We were all again huddled around the tv - hoping against hope that the second tower would stand it's ground long enough for those inside to get out - praying to God to let it stand long enough for everyone to get out.  The devil had other plans and the second tower fell.  We then started hearing stories of a plane hitting the Pentagon and then later on we would hear of a plane going down in Pennsylvania.  Only later would we hear of the brave souls on Flight 93 and the famous words "lets roll" as the passengers led a charge to regain control of the plane.

I only worked a half day that day.  M & I were building a house and had our pre-drywall inspection that day.  The house was being built near the airport.  Whenever we would go out to see the house, we could always see planes taking off and landing.  The weather was beautiful that day - the sky was a perfect blue and not a cloud in sight. It was so strange driving out to the house and not seeing a plane in the sky.  Not even the usual jet trails were to be seen high up in the sky.  All planes had been grounded.

The nation mourned for those that were lost and we came together in those days and months following this horrific event.  I have looked at a lot of pictures and read a lot of stories about that day this past week leading up to this day and I remembered and mourned again for those that were lost - both lost on that day and the soldiers lost in this war on terrorism.  It is important to always remember this day and what happened.  What is the saying - those who don't know history are doomed to repeat it?  I have no doubt that terrorists are out there looking for a hole, any hole they can in hopes again of striking at the heart of America.

I am proud to be an American.  I will always remember.

Hey everyone!!  Yoda here pawing at the keyboard today with mom's help.  Brutus & I have a request.  You see, our little sister Ellie has her picture in a contest to be put in a Calendar for Kentuckiana Pug Rescue.  The picture is actually of Ellie and her littermates.
This is the photo was entered... 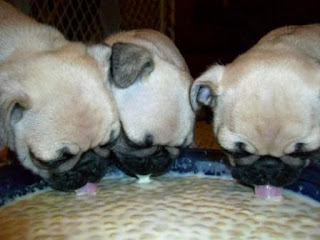 Even though she can be kind of a pest sometime, we would hate to see the look on her face if this photo doesn't make it into the calendar.  It is $1.00 per vote (KPR requests a 3 vote minimum).  Ellie's picture is currently in second place and voting ends on September 10, which is Saturday!  If you can, please help her win and vote..
You can vote by going here and the photo is entry #3.
Posted by Brutus, Ellie, Pippa and Otto at 8:24 PM 13 comments: 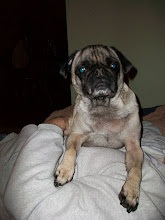 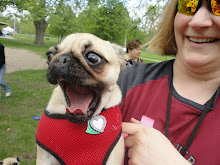